Sportsbliz – Nina Senicar was a model and artist from Serbia who was born on November 11, 1985 in Novi Sad, Yugoslavia and now lives in Italy. He lived in Italy for many job offers as a model and actress. Nina already took a degree in Economics at Bocconi. 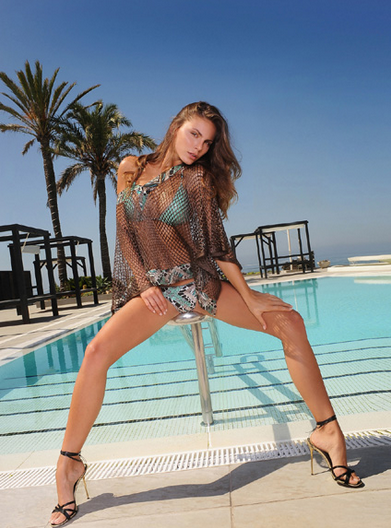 Nina Senicar has become a popular name known among lovers of the ball as he is a love with Marco Borriello, so he entered into the list WAGs Borriello. Their relationship began in 2010 and unfortunately only lasted until 2011.

We provide you with the latest breaking news and videos straight from the entertainment industry.
Contact us: info@sportsbliz.com